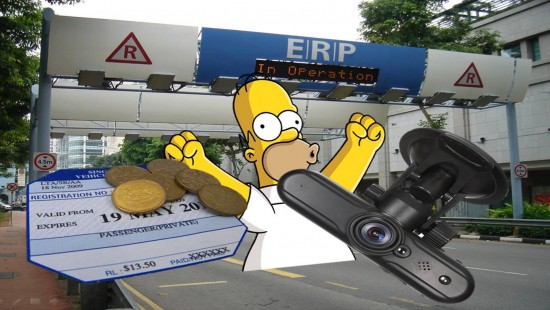 SGD1.5 billion was collected in 2014 from ERP and Motor Vehicle taxes.

Singapore has approximately 978,000 vehicles (including motorcycles, taxis, rental cars and scooters). Going by this number, an average of $1,543 is collected per vehicle per year. It is not mentioned where this money goes to but it is logical to expect that this revenue goes towards motoring.

It’s timely to consider using some of this revenue to provide in-vehicle video cameras to make our roads safer. The cost of such cameras have gone down tremendously and for below $100, one can get a very decent unit. Having such a camera increases the chance of having video footages to resolve accident disputes and help in investigations. On 21 Sep 2015, a lorry driver was wrongly arrested for the death of a motorcycle on the Pan-Island Expressway. It was only by a stroke of luck, a video footage by a car motorist showed that the motorcyclist was bumped into the path of the lorry by an adjacent SUV. What if the video had not emerged? The lorry driver would have had a hard time proving his innocence.

Having such in-vehicle cameras will also help a motorist personally involved in a traffic accident to file a proper accident claim. Some motor insurance companies see the benefit of it and give a small premium discount to motorists who install an in-vehicle camera.

The challenge will be to ringfence profiteering so the government could consider providing a standardized in-vehicle camera. Motorists can choose to buy and install their preferred own in-vehicle cameras but no full or partial rebates should be given as it will only encourage mark ups by the sellers.

To sweeten such a mandatory requirement to have an in-vehicle camera, offer a reward to motorists who volunteer video information vital to aid in traffic accident investigations. Perhaps consider a goodwill partial rebate of road tax. The government will not go broke with such a gesture. Neither will GST have to be raised.

Update 29 Sep 2015: We got news that Minister Khaw is our new Transport Minister. Congratulations Minister Khaw and we believe you will do what is necessary no matter how inconvenient! 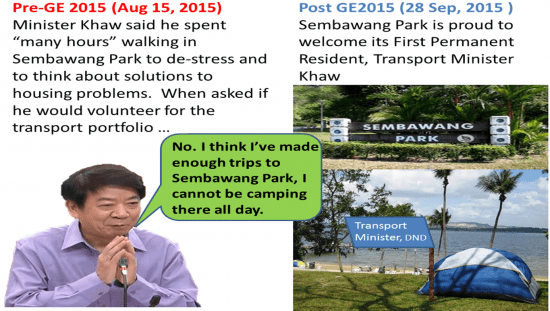