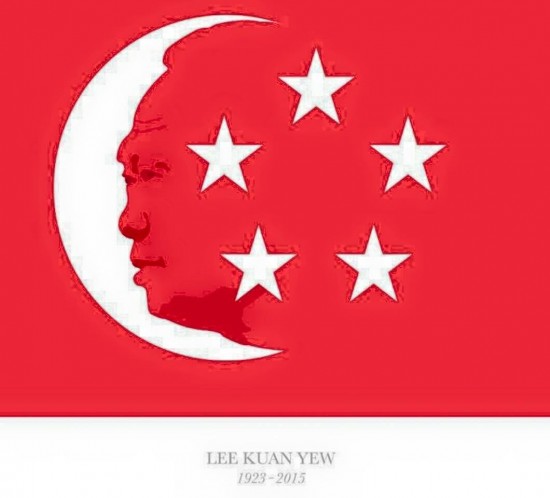 1) The passing of Mr Lee Kuan Yew, Singapore’s founding Prime Minister and a titan in Singapore’s nation building history throws up questions about Singapore’s future. What are the challenges ahead? There are many I have identified but would put pen to paper for just two.

Wining the Hearts of the People.

2) Extraordinary men do not need extraordinary pay to do extraordinary work. Just look at the Old Guards. Their salary then, for that era, was modest to say the least. The working class could relate to them. These Old Guards were not leaders out to make a comfortable living. Some already came from well to do or middle class families. Lim Kim San was one such man. Already a self-made millionaire, he volunteered to work in the civil service and for three years, did not draw a salary. He first served in the Housing and Development Board where he oversaw the construction of high-rise, affordable apartments for the masses. Later, due to his capability he was tasked to helm other important ministries and statutory boards such as the Ministry of Finance, the Ministry of Interior and Defence, the Public Utilities Board and the Port of Singapore Authority. The Old Guards were a bunch of people who came together to bring Singapore forward.  That they were in the nation building mission to make their personal fotune hardly crossed the people’s mind.

3) Today, many working class Singaporeans opine that the high salaries drawn by ministers and top civil servants have made them elitist, and unable to relate to their hopes and fears.

4) Typically, a minister’s salary is benchmarked against the median income of the top 1,000 earners among Singapore citizens, but with a 40 per cent discount to signal the sacrifice in public service. Yet this median is easily distorted by newly minted Singaporean citizens who can easily draw millions in income.  Currently, an entry level minister start at about S$935,000 in annual salary, which is more than 20 times the median salary drawn by Singaporeans.

5) While the very attractive salary has no doubt helped to attract good people into leadership positions within the government, it has the unfortunate effect of eroding the moral currency of leadership. And that is worrying.

6) This is not an argument on salary. Singapore is wealthy enough to pay its ministers and civil service leaders $10 million a year each if she wanted to. This is an argument for any government of the day to reclaim the high moral ground ethos; that its ministers and top ranking public officers regard public service as a higher calling and not as a calculative “to the last decimal place analysis” of lost opportunity cost; that their decisions are always for the greater good of the nation and not for personal gains.

7) My view is that if there is one person who will refuse an important government job for $1 million a year, there will be many others, willing to take on the responsibility for perhaps $500,000 a year or $42,000 a month. Not because he is less capable, but because he has no need for the extra $500,000.

8) Ministers and top public officers do not live and perish by KPIs. It is a more forgiving environment that they operate in and rightly so, as it sometimes take policies longer than expected to show the intended results. Even if they do not deliver, they are easily rotated elsewhere where the job scope is better calibrated for their abilities and temperament. However, when their remunerations are compared to corporate CEOs who often get dumped unceremoniously when KPIs are not met, the general consensus is that ministers or senior public officers who do not perform should also be let go. When they are allowed to remain, conspiracy theories take a life of their own. Accountability is questioned and trust takes a beating.

10) The moral authority bestowed by the willingness to decline world class pay to serve Singapore cannot be belittled. On the contrary, it boost one’s moral standing and gives leaders more conviction when they say that they can relate to the angst of common Singaporeans’ struggle with the costs of living or empathize with concerns of overcrowdedness and CPF withdrawal restrictions among many other issues.

11) If you lose the moral currency of leadership, you run the risk of losing the hearts of the people who will then begin to assess you like cold calculative shareholders. And what do such shareholders do? They will vote in a new CEO and team if results are not delivered by the incumbent leadership, in time or up to expectations.  Such leadership changes can be very disruptive to long-term plans where results can be uncertain or take longer to achieve. Is this good for Singapore? To have the people go through thick and thin with you, for the good of the country, the leadership needs a large reserve of moral currency and not eroding this intangible asset is something all leaderships have to consider.

12) Do we have enough good people to fill important government positions? Yes, if the criteria is that they need not be affiliated to the ruling political party of the day. But is this realistic? Is it possible for a party outsider to run an important ministerial position inside government? Sadly, the answer is No. Would any incumbent political party allow that and risk that the non-party individual leak “vital information” and cause the incumbent political party’s downfall at the next general election?

13) And that explains what I think debunks the lament so often repeated – that we have a shortage of talent to serve in Government. There is not a shortage of dedicated and talented Singaporeans to serve. There is just a shortage of them who also co-incidentally have to be affiliated to the incumbent political party. This is the part where politics plays a destructive part in choosing the best man for the job. And this is something where the current political governance structure needs to be re-examined to assess if it is making the best use of available Singaporean talents in the country, willing to serve with heart and ability.

14) As a Singaporean, I have known only one home as mine and have no plans to migrate. It’s in every Singaporean’s interest that Singapore continues to thrive and the leadership retains the support of the people, especially during trying times. Tough questions need to be asked and even if there are no immediate responses, the intent is to provoke constructive debate and honest reflection if things need to be done differently.

* Douglas is an ex-public officer who served in the Ministry of Trade and Industry from 2010 to 2013 before founding Empower Advisory.