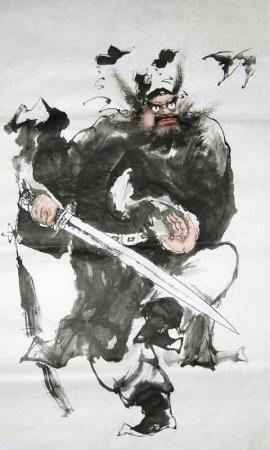 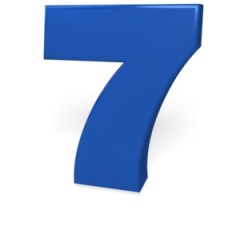 “Why do the con artists succeed time and again? It is because they know they can exploit the ignorance, vulnerability or very often, the greed of their victims. Con artists often succeed because people hear the promise of easy money and they throw caution to the winds. They do not ask themselves questions, let alone do due diligence on the offer.”

“Samet made 30% on this first trade, and each day his profits rise.”

These are just some of the glowing but unverified testimonials shared at quick get rich seminars. In 2013, reporter David Robinson from the Guardian decided to go undercover to a few Quick-Get-Rich Seminars in the UK for an insider scoop 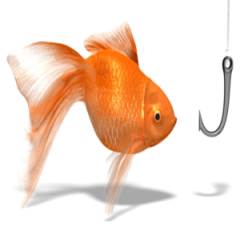 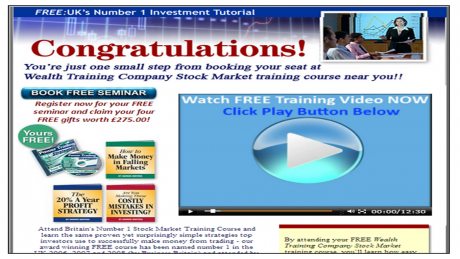 1) My journey begins by getting thrown out of the first event I attend.

2) Hi-energy pop blasts out of the speakers as attendees arrive at a “live trading day” run by industry veteran Darren Winters on a muggy Tuesday afternoon. “Raise your hand if you want to make a load of money,” says Winters, who is in his early 40s, dressed in a T-shirt and jeans, and sports a goatee.

3) Winters is something of a controversial figure. In the mid-2000s his company held events up and down the UK. However, his promotional claims led to a reprimand from the Advertising Standards Authority. In recent years he has had a lower profile, but he is now back teaching stock market trading.

4) If you type “Darren Winters” into Google it’s not difficult to find negative stories. I decided to fudge questions on the course application form about my reasons for attending. Was he really that bad?

5) He proves to be an engaging presenter and provides some standard advice: stick to stocks in the S&P 500 and the FTSE 350 – there is more liquidity and therefore more likelihood of predictable trade patterns. But it transpires that he is also seeking volunteers for his “Elite Apprentice Programme”, which starts costing as much as a new car, but rapidly tumbles in price – if people sign up today.

6) A few hours into the seminar my constant note-taking arouses Winters’ suspicions. He really does not trust journalists. “The media never reports on us fairly,” he says, as I am booted out at the half-way point. So, despite being promised that I’d discover how to “copy our graduate who made £9,940 tax free in seven days”, unfortunately I’ll never find out. What I do know is he doesn’t like hacks sniffing round his business. 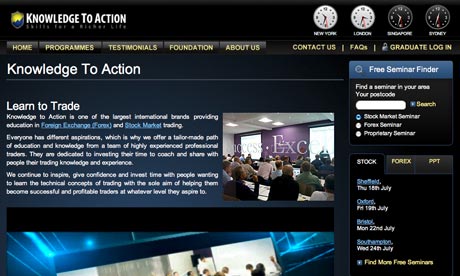 1) The following week I’m at an introductory stock trading seminar run by Knowledge to Action in a plush mahogany-panelled hotel near Westminster Bridge. It opens with a slick video presentation accompanied by a driving soundtrack. The message is clear: the greatest opportunity in the history of mankind is here for the taking.

2) “How many of you would like to make money from the next stock market crash?” says smooth-talking company representative, Gurdas Singh, to the 35-strong audience. “My guys on the trading floor like it when the market crashes because they see it as an opportunity.”

3) Knowledge to Action’s “trading floor” has space to teach beginners, Singh says – and with the right training a “rookie trader” can soon pull in £2,000 a week. “Anyone can do it,” he says, “but if you want to be a pilot you’ve got to learn from a pilot.”

4) The talk is punctuated with references to dream holidays and flashy cars that are within everyone’s grasp.

5) Knowledge to Action was founded a decade ago by former IT consultant Greg Secker and has trained more than 100,000 people around the world. Students are taught by professional traders on live trading floors, the company says. I put out some feelers on internet forums used by traders. Had people who attended managed to make any real money? The first to come back to me was a former employee of Knowledge to Action.

6) “There is very little real trading going on there,” he said, in a recorded interview. “The so-called professional traders haven’t come from investment banks. They are more likely to be ex-double glazing salesmen.”

7) John Crawley, told me he struggled to apply some of the techniques he was taught. “I found I was missing basic information,” he says. “It was supposed to be followed by one-on-one sessions but this never materialised. The best I got was someone on Skype, but they couldn’t really answer my questions. It wasn’t worth the money.” 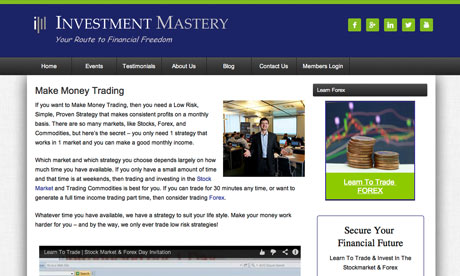 1) A retail park in a humdrum Hertfordshire commuter town is an inauspicious place to seek your fortune, but at 9.30am Investment Mastery’s office in Elstree is heaving with people, in spite of the Saturday morning sunshine.

2) “Is everyone excited and wanting to make some money?” asks Allan Kleynhans, a South African in grey slacks and black shiny shoes, who is leading the seminar. On the walls of the low-ceilinged function room are quotes about unleashing your inner potential and colourful images of golden eggs. The 40-stong multicultural audience, aged from teen to pensioner, mumbles back in agreement. “You won’t make any money today,” he informs us, “but we’ll help you to learn.

3) The recurring theme of this £80 one-day workshop is the importance of having the right mindset: to make money you need to think positive.

4)“People often have a difficult relationship with money,” explains Marcus de Maria, a business consultant who founded Investment Mastery in 2004. “They need to adjust how they think.”

5) At the one-day seminar, Olga, a Polish lady from Hastings, looks confused. “It’s going a bit fast,” she says. At the desk behind us, staff members stand waiting with card readers. “Don’t let the price put you off,” Allan urges. “This stuff changes lives.”

Do you recognise some of the same approach and tactics in seminars in Singapore that you may have attended? NLP techniques are used to create a buying mood in the audience and create a hypnotizing state of mind control.

1) Repetition of the message through means ranging from saying singing or chanting the same phrases over and over, often emphasizing certain key words or phrases.

2) Mimicking the rhythm of the human heartbeat through the thought leader’s speech cadence or musical accompaniment. This can be enhanced with lighting that’s not too dim or too harsh and a room temperature to encourage relaxation.

4) Making you say “Yes” or “I agree” or “I want to be rich” or words to similar effect countless time to soften you up and prepare you to eventually say “Yes” to buy their products or courses.

Oh no, I think I’m being brainwashed !!!

What should you do?

If your gut tells you somebody is trying to mind manipulate you and rush you into making a decision, flee.  Or request firmly upfront that they show you respect by not applying NLP techniques when interacting with you.

(*Materials adapted from Commercial Affairs Department, Singapore and The Guardian)